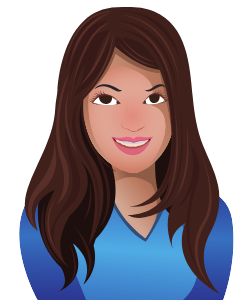 Considering Invisalign to fix your teeth, but not sure if it's right for you? Here are some questions about the treatment that you likely have for your orthodontist.

While braces have a reputation for hurting as the metal wires put tension on your teeth to move them, the amount of discomfort that you feel will be much less with braces. This is because Invisalign is known to make much smaller changes over a longer period of time compared to braces, so the amount of pressure put on your teeth to move them is not that high. You'll feel the most discomfort when you switch to a new set of plastic aligner trays, but then that discomfort will fade over time.

You should not automatically assume what the cost of Invisalign will be until you consult with your dentist. It all depends on the type of corrections you are looking to make to your teeth and the duration of your treatment. More severe changes will result in needing more sets of Invisalign trays, which will increase the cost. You may be surprised that your specific needs will result in both braces and Invisalign being similarly priced, making Invisalign a viable option for your budget.

Can You Eat With The Trays In?

You are supposed to remove the plastic alignment trays whenever you eat food. Not only is it much harder to eat with the trays, but it will cause the plastic to become stained and it will not be invisible for very long. You can drink water with the Invisalign trays placed in your mouth, but you can't drink colored beverages or drinks with sugar.

Are The Trays Really Invisible?

The alignments trays used for Invisalign are made out of clear plastic, which will make them hard to notice but not totally invisible. If someone is close enough to your face and looking for the trays, they will be able to see the trays. However, most people will not notice them from your normal interactions with them. Of course, the trays will become noticeable if you stain them by eating with the trays put in.

Do The Trays Need To Be Worn All The Time?

To learn more about Invisalign, reach out to a local dentist.